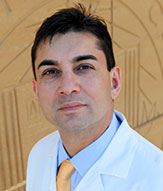 Ranjan Gupta, MD received his undergraduate degree from Rensselaer Polytechnic Institute, and his medical doctorate degree from Albany Medical College through the Accelerated Six Year Biomedical Program. He completed his orthopaedic residency and an NIH Post Doctoral Research Fellowship at the University of Pennsylvania. Dr. Gupta subsequently completed fellowship training in hand surgery/microsurgery at UCLA followed by an AO Fellowship in hand surgery/traumatology/shoulder at the University of Berne in Switzerland. In addition to a busy clinical practice focused on the upper extremity at the University of California, Irvine and the Long Beach Veterans Hospital, he is the Principal Investigator for a molecular neuroscience research lab that has been continuously extramurally funded from 2000 to the present. He has been funded not only by the NIH/NINDS, but also by numerous foundations including the Orthopaedic Trauma Association, the American Foundation for Surgery of the Hand, the Aircast Foundation, the Orthopaedic Research & Education Foundation, and the Whitaker Foundation. He started as an Assistant Professor (tenure-track) with an FTE in 1999 and was promoted to a full Professor with tenure in 2007 based on a variety of academic accolades and basic science discoveries. To date, no other orthopaedic surgeon has ever been recognized with all of the following awards: the NIH Career Development Award from the National Institute for Neurological Disorders and Stroke (2000), the Marshall Urist Award from the Association of Bone & Joint Surgeons (2005), the Kappa Delta Award from the AAOS/ORS (2006), the Sterling Bunnell Traveling Fellowship from the American Society for Surgery of the Hand (2008), the prestigious American-British-Canadian (ABC) traveling fellowship from the American Orthopaedic Association (2013), and most recently the Joseph H. Boyes Research Award from the American Society for Surgery of the Hand (2015). He is Professor of Orthopaedic Surgery, Anatomy & Neurobiology, and Biomedical Engineering and mentors students, residents from the University of California, Irvine and fellows from the US as well as overseas.

If you are interested in training, please inquire below to receive qualification requirements.
Thank you! Your submission has been received!
Oops! Something went wrong while submitting the form